Whilst undertaking a visual tree inspection we discovered some substantial storm damage in the crown of a mature Scots Pine. The tree had split at a major union, leaving a very large section delicately balanced on branches below. Adding to the problem was that the tree was situated near to a neighbouring building and posed a pottential threat to users of the car park as well as the building itself.

After consulting with the local authority arboricultural team we received permission to section fell the tree given that it had no long term future. 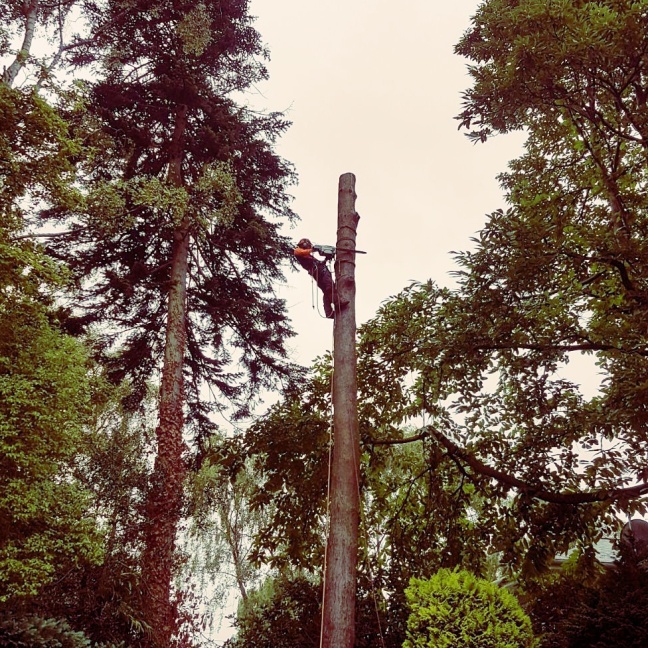 Using rigging techniques, sections of the tree were removed using a series of pulleys, ropes and a friction bollard. Teamwork between the climber and ground crew allowed branches to be lowered safely to the ground under control. Not only do these techniques allow for the dangerous tree to be dismantled safely, but damage to surrounding trees and landscaped areas such as formal lawns is minimal.

For further information or enquiries about trees at your property please contact us at peterharttreeservices@gmail.com or via telephone on 07907033433

A view from the trees – An arborists blog

A view from the trees – An arborists blog